The Taiwan Excellence is an award that is delivered by the Ministry of Economic Affairs (MOEA) and Taiwan External Trade Development Council (TAITRA) to encourage Taiwan industries to upgrade and incorporate “innovalue” into their products, a combination of innovation and value-added. First established in 1992, the Taiwan Excellence award aims to strengthen global awareness of high-quality products that are 100% designed, developed and produced by Taiwanese manufacturers. 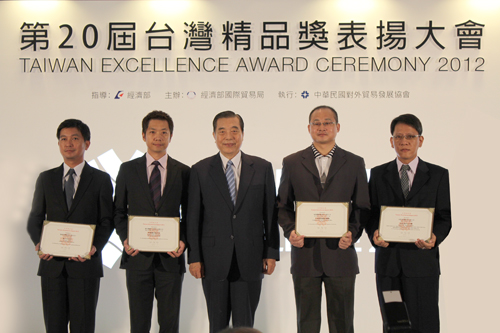 
2011-12-30
Back
This site uses cookies to collect the necessary user browsing behavior so that we can provide you with a better browsing experience. Browse this site, which means you agree with "online privacy declaration."
× Close